(This is approximately what I posted in Finnish on Jan 6.)

In Spring 2011, a few Bollywood and Bellydance groups arranged a show called Sugar Dreams of Orient, which I of course went to see. The show was great, but… All of my friends with whom I had thought I’d watch the show, were on stage! They were in just one number, but anyway. Of course, the only reason was that my friends were taking classes in the school of the main organizer, Bolly Beat Dancers, and I wasn’t. Still, for some reason, it made me feel that I had been dismissed.

I think that this feeling had a lot to do with that, I had planned to be on stage myself the next day, in the Spring show of Studio Shamsina where I took classes, and perform my own short piece of choreography. But, just a couple of days before the show, panic hit me. Hell no, I just can’t perform a mess like this in public, and the only costume I own isn’t quite right either! So, I cancelled my performance, out of a deep-rooted fear of failure, which I haven’t been able to overcome by now.

“Don’t go and make a fool of yourself”, was my mother’s comment to anything I planned that included performing in public. She thought that one should concentrate on things one was already good at, and not even try anything else – those attempts would utterly fail anyway.

In the dance schools of my youth, usually just children and advanced level students performed in the end of term shows; less experienced students were only let on stage if there was no alternative. For that reason, I got to perform in a couple of modern dance numbers, because my teacher at the time only taught elementary and lower intermediate level classes at that school. Yet, I always felt on her classes that she didn’t think very much of me, and concentrated on her more talented students.

All this, along with other similar experiences that didn’t have to do with dancing, has left me with the feeling that if you aren’t simply brilliant at something, better forget it. You’d just put yourself up for derision.

On the Bellydance and Bollywood classes, though, I’ve encountered a much more supportive community. At least my teachers’ attitude is that everybody can learn if they try – to some, it might take longer than to others, but they will learn eventually, and they are given the guidance and support they need. There’s no similar competition between students on a class as I’ve experienced elsewhere. Less experienced dancers also get to perform in the school shows if they want to, and occasionally even in some bigger events if they dare. (Of course, the professionals sure have a harder time!)

Maybe in time, being in this kind of a community will help me overcome my fear of failure, and encourage me to try something on my own. I’m still not good, but I’m better that I used to be; and, the choreography I made has evolved – maybe I’ll even perform it at some suitable small event some day… 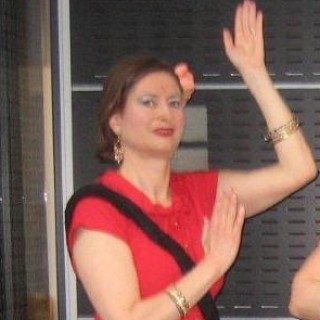